Kegonshu soshi eden is a set of seven illustrated scrolls from the Kamakura period (1185–1333). The scrolls chronicle the travels of Gisho (Korean: Uisang) and Gangyo (Korean: Weonhyo), the two Silla Korean priests who introduced Kegon (Chinese: Huayan; Flower Garland) Buddhism to Korea. Vivid colors and fine detail bring the stories to life. Notable scenes depict Zenmyo (Chinese: Shanmiao), a Chinese woman, declaring her love for Gisho and then turning into a dragon to protect him on his sea journey back to Korea from China.

The roughly 150-year period from the founding of the Kamakura shogunate by Minamoto no Yoritomo to the fall of the shogunate, marked by Hojo Takatoki’s suicide in 1333.

A sect based on Kegon Buddhism (Avatamsaka Sutra), established during China’s Tang Dynasty. Dosen (Daoxuan), a Tang priest, is said to have introduced the sect to Japan in 736. Todaiji is the main temple today. 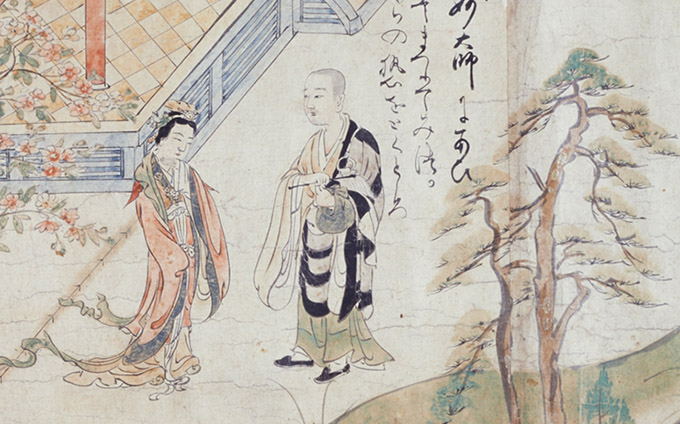 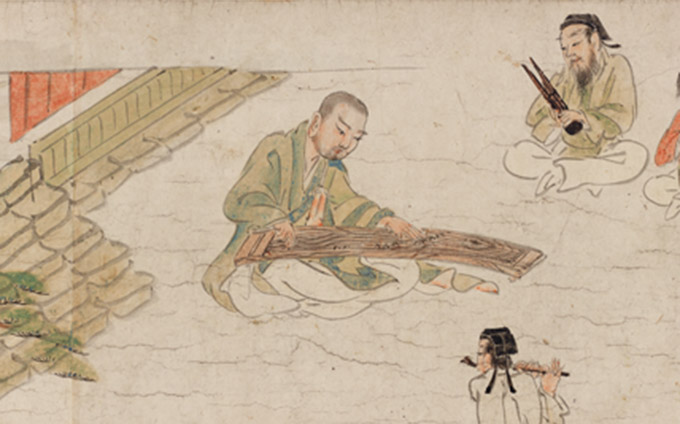 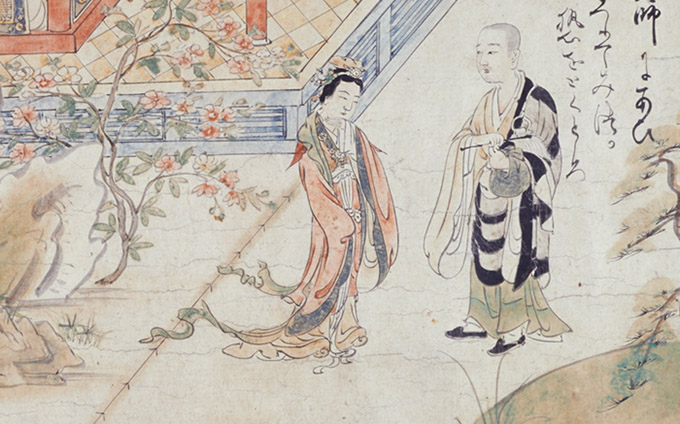 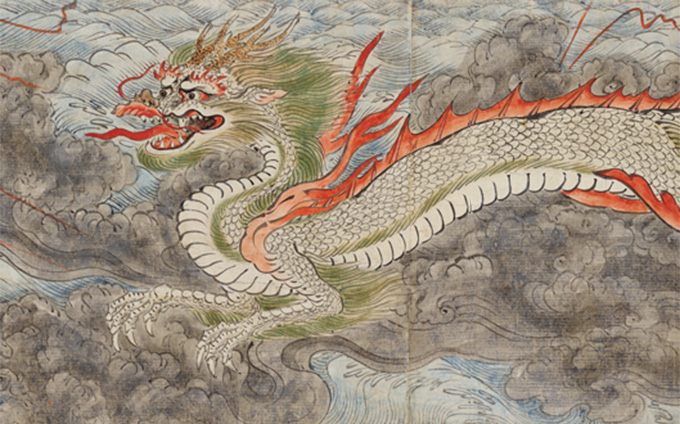